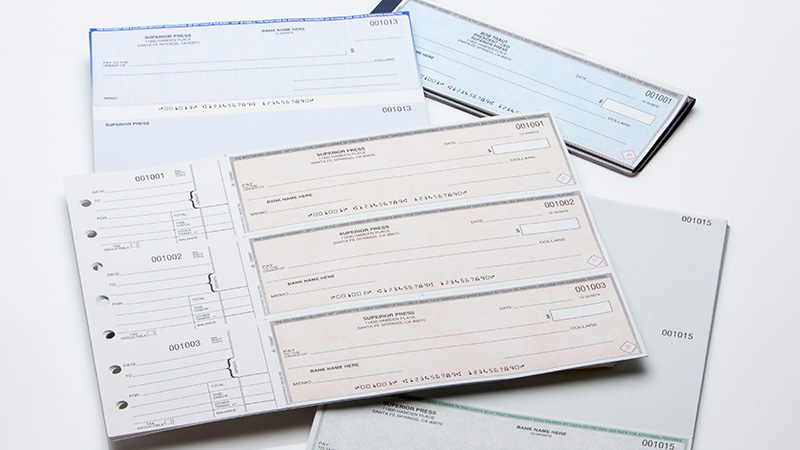 Don’t Write Off The Paper Check Just Yet

In the path of FinTech innovation, many expect the inevitable demise of the paper check. But the data doesn’t lie: Paper checks are alive and well, despite efforts to kill it.

The latest in PYMNTS’ Kill the Check series, a collaboration with Ingo Money, highlighted the persistence of paper checks. Twenty-two billion are issued in the U.S., the data shows, and most are written by corporates, lenders and other enterprises via supplier payments, payroll, expenses and other types of transactions. According to Ingo Money CEO Drew Edwards, paper checks are simply an easier way for an organization to make a one-time payment to another organization with which it has no relationship.

So, while the FinTech industry remains fixed on killing the paper check, fewer players are concerned with how to address ongoing points of friction for financial institutions that are still flooded with paper.

Superior Press, a treasury management solution provider for commercial banks, is acting on that need. Earlier this month, the company announced a buyback program to help financial institutions (FIs) trade in their broken Remote Deposit Capture (RDC) tools for an upgrade.

Steve Traut, co-owner and SVP of Sales at Superior Press, recently spoke with PYMNTS about why the company is helping banks stay up to date with technologies to help manage paper check volume, despite ongoing talk of its eventual demise.

“Specifically, in certain categories like B2B check payments, the decline is slowing at a much more gradual pace than [in] the past,” he said, citing recent data from the Federal Reserve, whose payments study, released in December 2016, found a slowdown in the reduction of check use in the U.S. Separate data from the Association for Financial Professionals (AFP) found use of the paper check increased in 2016.

It’s true that checks have faded out in many respects, like in business-to-consumer and consumer-to-business transactions at the point of sale (POS), with direct deposit payroll and the like. It’s also true that B2B payments players anticipate the paper check to eventually fall to second place, with corporates instead turning to ACH to pay suppliers. NACHA analysis found accounts receivables professionals predict ACH will surpass checks in the next few years.

But that still leaves about half, give or take, of transactions coming in via paper check, and a huge need for FIs to manage those transactions, including through Remote Deposit Capture technologies.

“With Remote Deposit Capture now in its fourteenth year, we’re beginning to hear from many bankers who have never addressed the nagging problem of what to do with outdated or non-working check scanners,” said Traut. “The result is a neglected stack of scanners in a corner of a storage room or rucked away in an operations area, with no way to assess the value of that inventory and what can be repurposed.”

The executive went on to note that banks have developed an efficient way to get these check scanners to their corporate customers, but struggle to manage the influx of broken tools that get returned. Check scanners have also significantly improved throughout the years, leading banks and corporates with a desire to upgrade to tools that provide faster scanning speeds, better image quality and streamlined integration with updated software platforms.

Superior Press’ buyback program not only highlights banks’ and corporates’ need for better RDC tools, but also emphasizes the endurance of paper checks at a time when most FinTechs are focusing on other payment rails.

“While check clearing is still a more expensive-per-transaction rail than ACH,” said Traut, “it still appeals to the end user’s need to provide important companion and remittance information, which ACH does not support. This continues the need for checks to persist in the near term until a payment vehicle can provide that level of detail with easy implementation and cost savings.”

The expansion of ACH across the U.S., especially with the recent rollout of Same Day ACH, includes a gradual focus on the transmission of payment data along with an ACH payment. NACHA recently published a survey that found 82 percent of FIs expect Same Day ACH debit volume to grow this year, but businesses continue to struggle with onboarding their suppliers to the payment rail and securing the necessary transaction data to reconcile payments. The result is that ACH is most often used for consumer payments, with less than a tenth of Same Day ACH volume attributed to B2B transactions.

“There is still a place for paper checks to be useful to different user groups for larger-value transactions and payment environments,” stated Traut. “It’s not that checks are disappearing completely. It’s where it does not serve the best purpose for those that have moved to ACH and card, which is narrowing the function for checks that still represents 17 billion transactions a year.”

“In no other region or part of the world does the paper check flourish in the volumes it still does today, and that is true for the U.S. banking system, too,” the executive continued, adding that the U.S. market is unique, in that it demands “diversity of choice [and] freedom of variety of options that I think both the U.S. financial system and the paper check oddly share.”

Traut noted that it’s undeniable the payments ecosystem — including in the U.S. — is progressing, but said there may always be a place for the paper check.

“The future of payments is a faster, intraday payment method, and the influx of cryptocurrencies and blockchain efficiencies bring much excitement to near-future possibilities,” he said. “However, some users will still seek the comfort in a slow and non-technological invasive process of printing and mailing a check.”